I'm not really anonymous, I'm just admitting I have a problem.

I wrote most of this post in mid-July 2018 after a conversation at dinner with family on our annual summer vacay, about politics.  I wanted to follow up with my (much-younger-than-I) cousins on the conversation that was somewhat started during dinner.  I typed about 90% of it and then of course got busy with the actual vacay and never finished or posted it.  Now that we’re getting very close to November, this week seems like the perfect time to get it out there.  Here it is:

Alright since Sue brought up politics on this trip (it’s all her fault! 😉 ) and we talked about it briefly, I’m just gonna get on my soap box just once to you guys and then I’ll stop.  Heh. 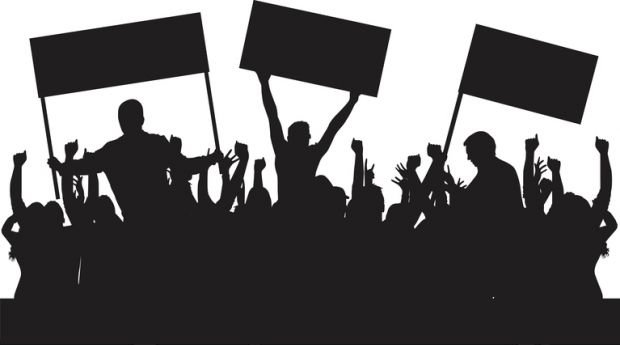 I know when you’re young politics seems obnoxious and kinda terrible and sometimes silly, especially in the age of Trump.  And I had said at dinner that no matter how painful it is, it’s also the backbone of a democratic society – it’s what keeps us functioning, for better or for worse.  But what’s more important to point out is the fact that you guys personally will be pretty unaffected by most outcomes of elections.  You are upper class and white, and you’re moving (update: have now moved) to California, a very progressive state that allows it to run reasonably independently of what’s going on at the national level.  This will protect you fairly well from problematic policies in other states, e.g. the ones that might still manage to negatively affect the three-quarters of you who are women.

So if you go the selfish route in life, you could live your entire lives not having to pay attention to politics, and you quite likely would not even be effected by most of it.  As long as you manage to stay within the top tiers of society, you’ll be just fine.  The reason to pay attention to politics and to vote at both the local and national levels is mostly not for you, it’s for the people in our society who are not as privileged as we are.  Bad government policy at the local and state and national level has very immediate negative effects on the vulnerable people in our society – People (kids and adults) who, for example:

Etc. etc. the list could go on, but you get the idea.  Bad policy hurts vulnerable people and it can hurt them quite quickly and directly.  The reason we end up in situations like this is that young folks (and many others) don’t vote because they just kinda feel like politics is icky.  And it takes a while to realize how the results of a particular election affects the general state of the nation or the community.  Sometimes it’s not until 5 years later that we realize – “Oh crap.  The terrible situation we’re in right now is because voter turnout for these particular demographics (e.g. young people) was abysmal in the last couple midterm elections.”  And by then, a lot of damage has been done.  And it’s hard to dig out of that hole we’ve created.

I turned 18 way back in the ancient times of 1994, and my first chance to vote would have been a midterm election, just like you guys.  But it was the 90’s, things were good, and I’m pretty sure I didn’t bother voting.  Those midterm elections actually ended up going very poorly in certain ways, so it would have been nice if I had been smart enough to get my butt to the booth and vote.  That was 24 (gulp) years ago and the state of the country is far more dicey now, so it’s more important than ever to be engaged.

When you’re just starting to pay attention to politics, it seems like the entire thing is just bunch of annoying people yelling at each other.  But if we all got out there and researched what and who is on each ballot, figured out our stances on issues, and voted in every election (and even ran for office ourselves if we wanted), this stuff wouldn’t feel so gross, because we’d be functioning better as a society overall.  We’d be working together and ensuring that those in need are being helped and lifted up by those in power and those who have the advantage to do so.  Our society would be more balanced and more equal and things wouldn’t feel so ugly and sad.  If God forbid you should ever find yourselves falling on hard times, you’d want the system to be equipped to allow you to get back on your feet, right? 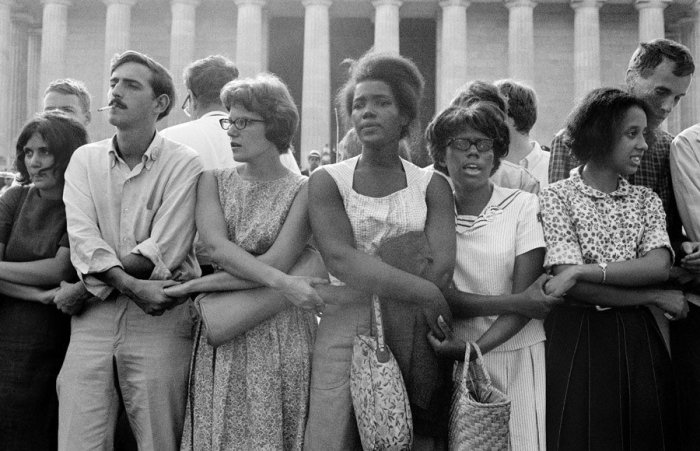 You’re at the exact age I was when I started to question everything I was taught as a kid.  You may or may not be going through some of this, but if you are, that is normal and fine.  You’re adults now and like all of us you’re exposed to all kinds of different opinions.  All I ask is that before you form opinions on issues, you take the time to research them from an empathetic perspective.  What I mean is, if it’s an issue that doesn’t affect you personally, and most of the issues will not, consider the people who are directly affected and put yourself in their shoes before deciding that they are all just collectively crazy for having that point of view.  Ask yourself where they are coming from.

Btw, I recently finished reading the synoptic gospels and many of the points I’m making here just so happen to fit right in with what Jesus told me to do in those books.  Just sayin’!

Now comes the question: Did you guys register to vote in Florida or California or at all yet?  If you are registered with your current addresses in CA, then I think you guys already have good US Representatives.  So that’s good, but I would still recommend voting in November because a) it will get you the practice and b) local elections are even more important than national ones in many ways.

Thank you for reading, if you managed to get through this.  😉  I hope you found this at least a tiny bit helpful.